The top five things to do after visiting the Ngorongoro Crater 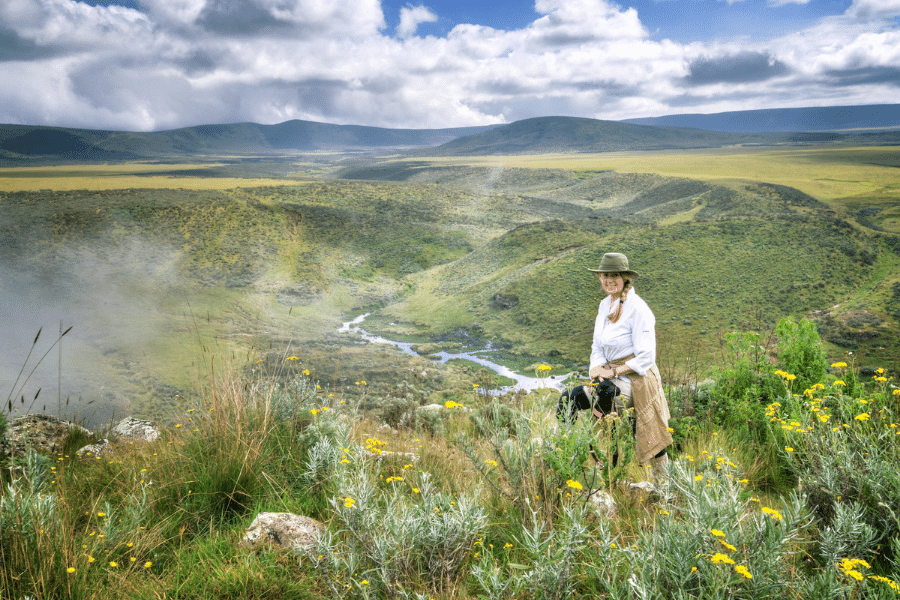 There is no doubt the Ngorongoro Crater is a must-see bucket list experience on Tanzania’s Northern Safari Circuit. It is not only the world’s largest intact caldera, but also one of the most spectacular wildlife havens on earth. With it’s incredible scenic beauty, rich diversity of eco-systems and sheer numbers of wildlife, visiting here is simply one of those experiences that will truly blow your mind. Many tourists, pressured for time, however rush in and out of the area on their way to explore the rest of the Northern Circuit.

There is not always time to experience the entire Ngorongoro Conservation Area, but if you do have a few days extra, linger a bit longer to explore these five hidden gems.

1. Walk in the footsteps of mankind at Oldupai Gorge

Between the Serengeti and Ngorongoro Crater you will find Oldupai (Olduvai) Gorge – a UNESCO World Heritage Site and one of the most important fossil sites in the world. It is here where some of the oldest archaeological discoveries were made by the Leakey family providing evidence of how our hominid ancestors may have lived. Early hominid fossils were discovered here, most notably ‘Nutcracker Man’, a new species of hominin later classified as Paranthropus boisei. A variety of stone tools, plant and mammal fossils, have also been found. The area remains an important archaeological research site. 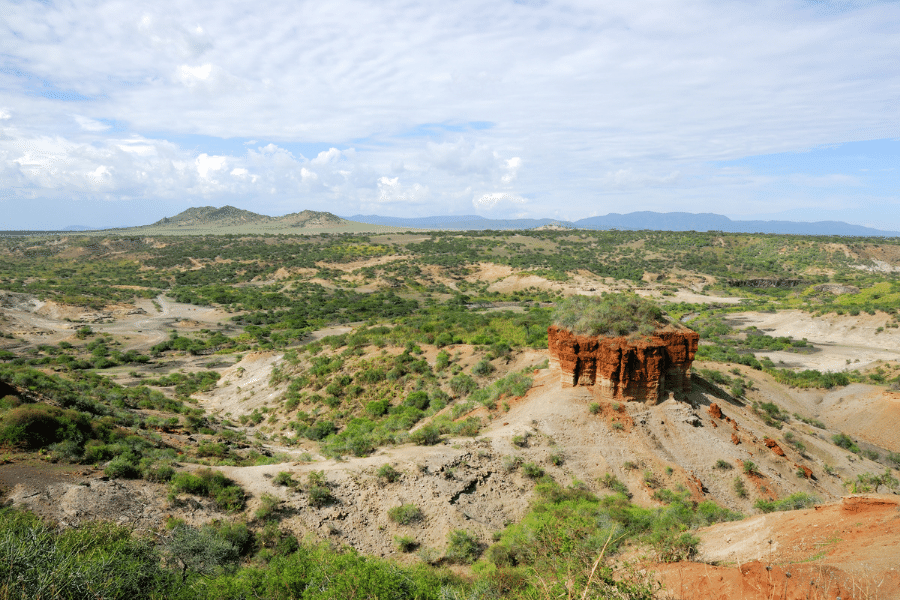 Stop here to explore the quaint little museum. Your visit will kick off with a short and insightful presentation in a beautiful amphitheater overlooking the gorge. You can then explore the different sections of the museum, marvelling at ancient bones, fossils and tools (mostly replicas) that have been dug up and discovered here. Something to look out for is the replica of the nearby Laetoli Footprints, discovered on a volcanic rock about 45 kilometres from Oldupai Gorge and over 3 million years old.

If you would like to explore further, you can pay extra to drive down into the gorge itself to visit some of the sites where Mary and Louis Leakey made some amazing discoveries. If there are active dig sites you may also visit these.

Did you know? Oldupai Gorge is often referred to as ‘Olduvai’ Gorge. However, Oldupai is the correct name. ‘Oldupai’ is a Maasai word for a wild sisal plant that grows in the area.

2. Throw some magnetic volcanic ash in the air at the Shifting Sand Dunes

About 30 minutes from Oldupai Gorge you will find the curious Shifting Sand Dunes. The dunes are composed of highly magnetized volcanic ash from the nearby volcanic mountain, Oldoinyo Lengai. The ash has a high iron content and as a result the grains of sand aren’t blown away by winds. Instead they cling together and as a result the whole dune moves in a single unit across the landscape. This dune moves around 10 to 20 metres a year and its movement is tracked by researchers on an ongoing basis. 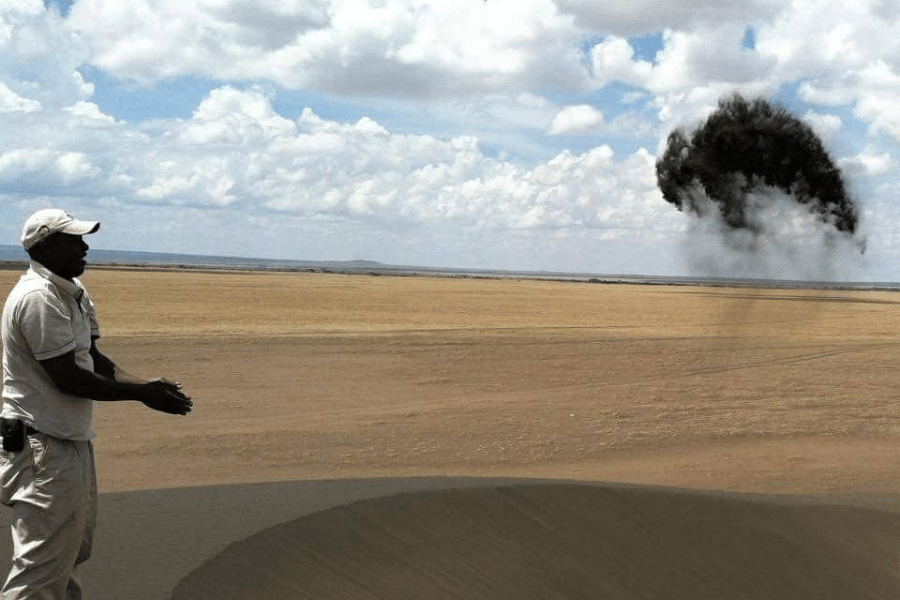 Visit this site to learn more about this fascinating dune. As you throw the volcanic ash in the air you will see how they clump together before they fall back on the dune. Just be mindful of not stepping in these dunes as they are considered sacred by the Maasai. Many local tour operators offer a day package tour to visit Oldupai Gorge and the shifting sand dunes.

There are a few cultural villages in the Ngorongoro Conservation Area that are open to visitors. A visit to a traditional Maasai village will give you the opportunity to meet a Maasai family, visit a traditional boma and hut, enjoy some dancing with song and movements, all the while learning more about their lifestyle and culture. The villages have markets with beautiful and interesting hand-made products for tourists to buy, be prepared to haggle for a good price. 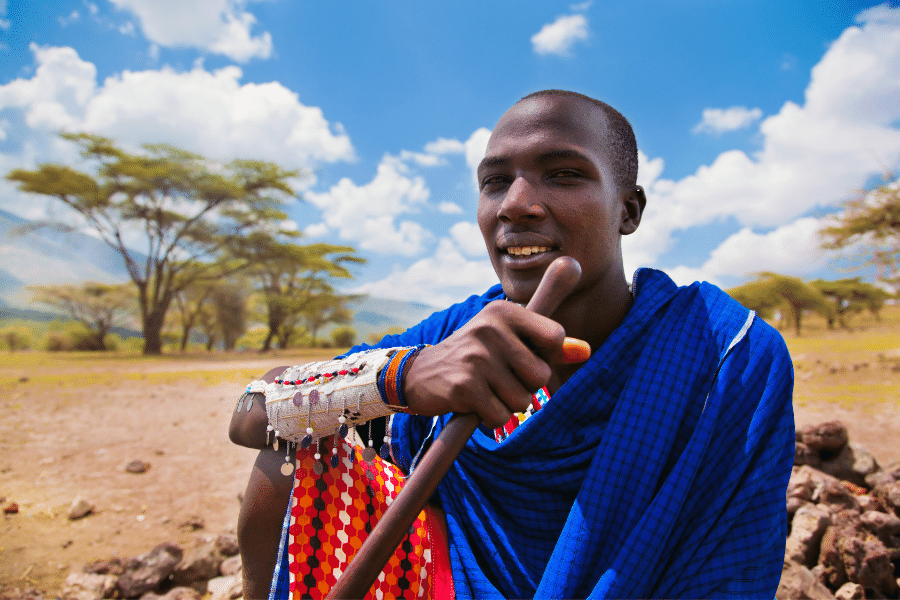 Even though these Maasai villages have been set up to receive tourists and will charge you an entry fee, it is still worthwhile and interesting to meet with the local people of this area. Your contribution will support the community and at the same time you will be  enriched and learn something new. Talk to a tour operator from the area to find a cultural village that is best suited for the experience you are looking for. If you are looking for a more intimate and authentic experience you can try and visit a family in their home instead of visiting a tourist village.

Did you know? The Maasai based in the Ngorongoro Conservation Area coexist collectively with the wildlife in the area. They are still allowed to graze their animals around the crater rim or take them down to drink water.

If you are looking for further opportunities to experience local culture, ask your operator to arrange a visit to meet the Hadzabe Tribe – Tanzania’s last remaining Bushmen. When the Maasai arrived in the Serengeti area about 300 years ago, the Hadzabe Tribe and other bushmen moved to remote areas of the park. Less than 2 000 Bushmen still live in the area. Unlike the Maasai, who have embraced modern living, these Bushmen still survive by hunting and gathering.

4. Stretch your legs and hike around the Empakaai Crater

The Empakaai Crater lies about 40 kilometres from the Ngorongoro Crater. This smaller lesser known crater was formed when a volcano collapsed into a 6-kilometer-wide caldera. A large part of it is covered by a deep alkaline lake that attracts thousands of flamingos because of abundant algae. The rim of the crater is also home to blue monkeys, waterbuck, bush buck, buffaloes, elephants and hyenas. From the crater rim you will enjoy magnificent views of Ol Doinyo Lengai and Mount Kilimanjaro in the distance. 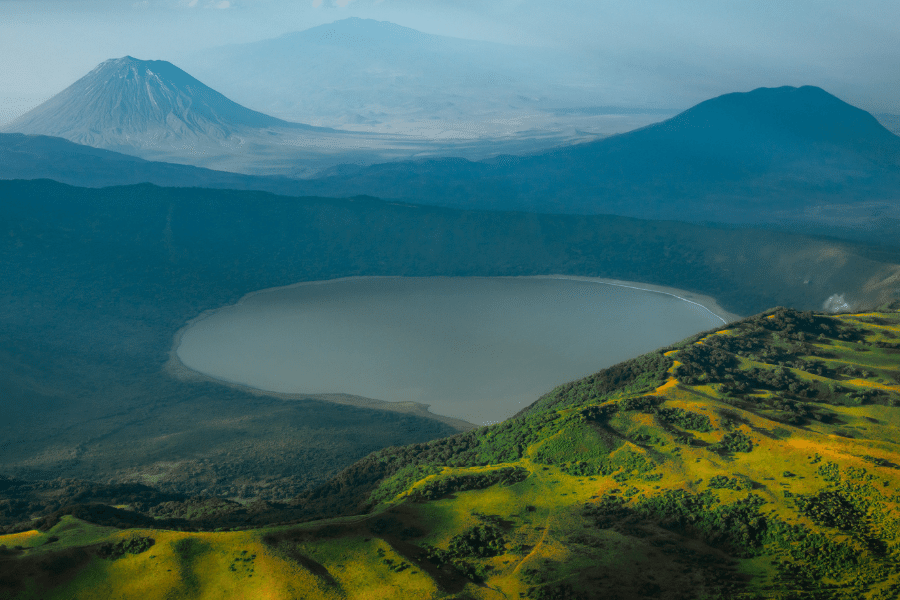 Accompanied by a guide and an armed NCA ranger, you descend into the crater. It takes about half an hour to 45 minutes to reach the bottom of the crater as you navigate through thick forest trails. The trail is only 5 kilometres down and back up but, because it is so steep and the altitude is high it can take a while to complete the trail. Put aside a few hours here to truly soak in and enjoy this beautiful off-the-beaten track experience.

Note you need a reasonable level of fitness and sturdy hiking boots or shoes to enjoy this hike. It is best to hike Empakaai during the dry season from June to October. Mornings can be cool and sometimes light rain showers may fall. Talk to your local operator to determine if the migratory flamingos are around for your visit.

If you enjoy hiking and want to explore another caldera, head out to the Olmoti Crater which is located about 13km north of the Lemala ascent-descent road. Not quite as dramatic or scenic as Ngorongoro or Empakaai Crater, the hike at Olmoti (‘Olmoti’ means ‘cooking pot’) offers panoramic views of the area as well as a chance to take a glimpse of the seasonal Munge Waterfall. This hike is 3km (return trip) and can be completed in about 1.5 to 3 hours.

It is not a technical walk but the trail is steep and the altitude is high making the climb a bit more challenging. The beauty of the Olmoti crater climb is that you will walk all along an ancient Maasai cattle trail that meanders through mountain forest, grassland and rocky outcrops. There is also a good chance that you will spot some wildlife along the way.

5. Conquer an active volcano (not for the faint of heart)

Ol Doinyo Lengai, known to the local Maasai people as the “Mountain of God” is an extremely fascinating volcano. This active stratovolcano is the third highest peak in the country and is the only active volcano known to emit natrocarbonatite lava. This is a unique type of low-temperature lava rich in sodium, potassium, and calcium carbonate, but low in silica. Lava with less silica has a lower viscosity, leading Ol Doinyo Lengai to have some of the fastest flowing lava in the world. 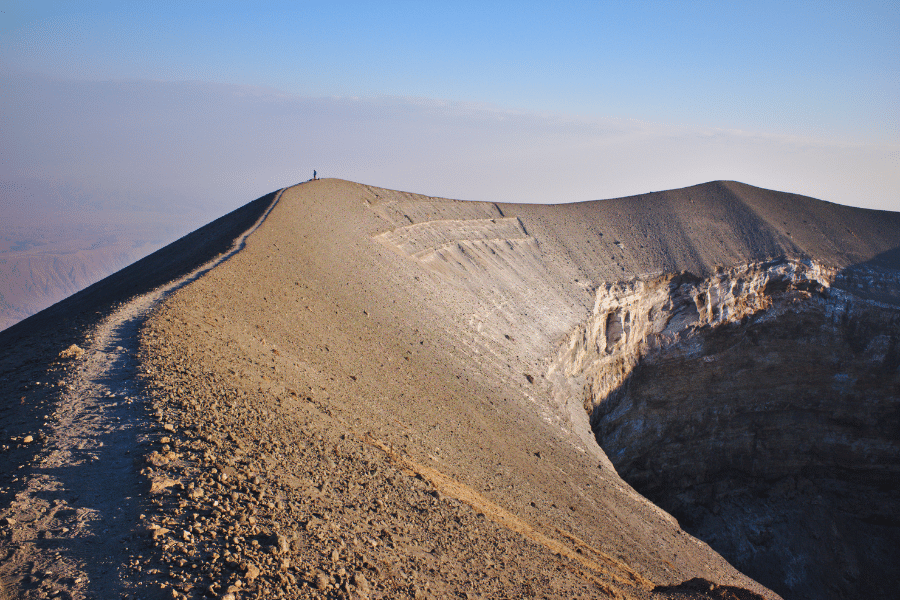 For the ultimate challenge adventurers can conquer the hike to the top of Ol Doinyo Lengai. The hike typically starts in the middle of the night, giving hikers the opportunity to experience the sunrise of the Rift Valley escarpment. Hiking during the night helps you avoid the heat on the way up and also the harsh afternoon sun on the way down. It is a highly challenging climb, steep reaching 1600m of elevation within 5 kilometres. The hike can take between six and twelve hours to complete.

To complete this hike you will need some specialised gear. Make sure you have good hiking boots, a head torch, walking poles (if possible), plenty of snacks and water to keep you going and a couple of good warm layers to wear on the summit. Bring a camera to capture the crazy moments along the way. You will appreciate these a lot more after you have conquered this incredible volcano.

It is highly recommended to spend a few more days to soak up this incredible region and experience these lesser-known hidden gems.

If you are looking for affordable accommodation close to the Ngorongoro Crater, look no further than Rhino Lodge, which is often visited by animals including leopard, buffalo and elephant. You can find out more about Rhino Lodge by visiting www.rhino.co.tz. Alternatively contact your local tour operator for more information.

We look forward to welcoming you to the amazing Ngorongoro Conservation Area soon.